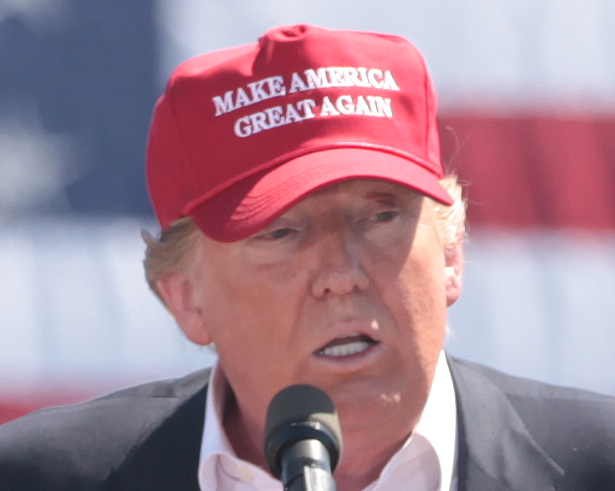 After decades in which our world has become ever more closely connected as people, products, money and data criss-cross borders ever more intensively,  resurgent nationalists now seek to close borders and stamp on difference.

It is tragic, though perhaps not surprising, that foreigners are increasingly scapegoated for all manner of primarily domestic problems.

Immigrants are not to blame for the economic pain unleashed by the financial crisis and the subsequent austerity.

Most manufacturing job losses in the West are due to automation not China; nor are foreigners responsible for the US’s failure to help its citizens retrain or provide them with decent healthcare.

While foreign buyers may push up property prices at the margin, the main reason why house prices are so high in Auckland, London and other booming cities is local planning restrictions that limit housebuilding.

Yet any day now, President Trump is set to slap punitive 25% tariffs on a further $200 billion of US imports from China – and perhaps $267 billion on top of that – to which Beijing has promised to retaliate in kind.

Trump is also trying to bully Canada to accept a one-sided “renegotiation” of the North American Free Trade Agreement (NAFTA).

While his trade war with the EU is suspended for now, he could resume it whenever he next unleashes a grumpy early-morning tweetstorm.

Worse, Trump is undermining the body that peacefully arbitrates trade disputes, the World Trade Organisation, with his unilateral protectionism on bogus national-security grounds, his refusal to approve new appeals-court judges without whom it will soon not be able to function, and his threat to pull out of the WTO altogether.

Trump wants to keep out foreign people as well as products. He has slashed the US refugee quota to 45,000 for the current fiscal year (which ends on 30 September). Actual admissions are set to fall far short of that; so far, a mere 19,899 forcibly displaced people have been admitted.

Trump has directed border guards to separate children from their parents and lock them up in cages.

And he is also slamming the door on foreign graduates, be they Asian PhD students or those with high skills seeking an H-1B visa, as Jack Graham discusses in an excellent piece for OPEN.

Trump is not alone in seeking to keep out foreigners. The UK government’s overriding priority in the car-crash Brexit negotiations is to end free movement for EU citizens.

Italy’s far-right interior minister, Matteo Salvini, refuses to allow people rescued at sea in the Mediterranean to enter the country.

In Hungary, anyone can now be jailed for working for or with non-governmental organisations that are involved in helping or campaigning for asylum seekers.

All these actions are alarming. But the deeper problem is that the ideas, interests and institutions that underpin our open world are all weakened and under attack.

The financial crisis and the policy mistakes in its aftermath have discredited everything that “liberal elites” are seen to believe in, and bolstered those who think “globalism” threatens national identity, power and security.

At a time of stagnant wages and precarious employment, many people feel the economy isn’t working for them, want to hang on to what they’ve got and perceive outsiders as a threat.

And trust in domestic political institutions is low in many countries, while imperfect international institutions such as the EU and WTO are convenient targets for populist politicians who hate checks of their ability to interpret “the will of the people”.

So defending and advancing our open world requires much more than simply explaining how openness to migration, investment, trade and data is generally beneficial.

Nor will judicious reforms to make the international system fairer be sufficient.

—-
As Trump’s America and Brexit Britain turn away highly skilled foreigners, Australia and Canada are capitalising, Jack Graham explains in a cracking piece for OPEN.

High-growth companies can benefit from the two-week visa programme, as can global companies investing in or relocating to Canada.

With the US turning down thousands of tech workers, the country wants its booming tech ecosystems in Toronto and Vancouver to become new Silicon Valleys.

We must demonstrate through actions and not just words that “peace, order and good governance” prevail and they do so in a timely manner, OPEN Advisory Board member Senator Ratna Omidvar writes in the Huffington Post.

Many businesses decide to help or hire refugees out of a desire to do good. And that’s great. Those that do tend to find that this also earns them the goodwill of governments, clients and employees.

At the same time, there is a powerful business case for hiring refugees, who tend to be very hard-working, highly motivated and loyal employees, with the skills and characteristics that businesses need, as I explained on a recent tour of New Zealand organised by Host International and other partners.

My article for the National Business Review is available without a paywall on the New Zealand Initiative website.
—

The Economist is holding an Open Future Festival in London, New York and Hong Kong on Saturday 15th September and I will be debating whether migration has gone too far with Ian Goldin at the London event. It promises to be a great day. Come along!
—-

27: the number of Syrian refugees admitted to the US so far this year. Source: Refugee Processing Center

16: Migrants from Nigeria earn, on average, 16 times more in the US compared to their age- and education-equivalent peers in Nigeria. Source: Michael Clemens et al, Centre for Global Development HT: Branko Milanovic
—-