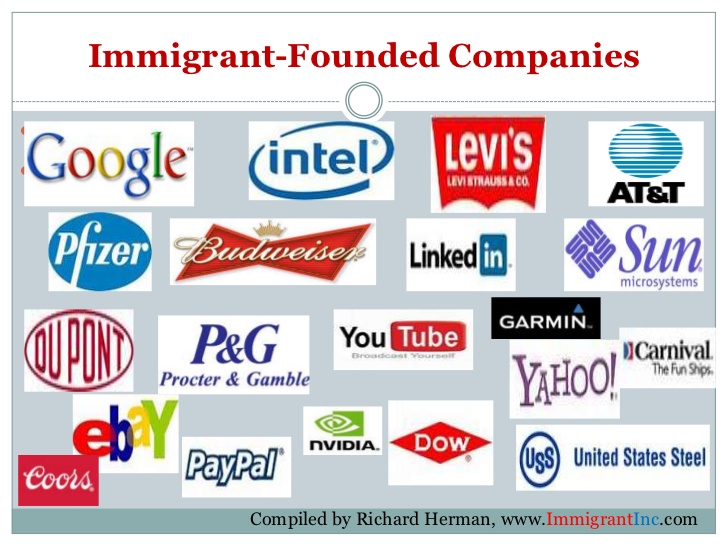 Immigrants often initially face suspicion or hostility. That immediate emotional response colours the political debate on immigration, which tends to focus on negative perceptions about its short-run impact: that immigrants take local jobs, put pressure on public services, and so on. To make matters worse, once those fears prove misplaced and established immigrants, their children, grandchildren and other descendants change a country for the better, it tends to be forgotten that those benefits are the product of immigration.

In Britain, for instance, few are now aware of the hostility and discrimination that Jewish immigrants once faced; the UK introduced its first immigration controls, the Aliens Act of 1905, to keep out unwanted Jews. And their huge contribution to Britain is rarely attributed to immigration. How many know that quintessentially British retailer Marks & Spencer was co-founded by a Jewish immigrant born in what is now Belarus? Or that Britain’s biggest supermarket chain, Tesco, was founded by the son of Polish Jews? Twelve British Nobel laureates were Jewish migrants (or a child of theirs).

More broadly, Britain suffers from amnesia about its long history of immigration, which scarcely features in history lessons or cultural memory. That is a glaring omission, as Robert Winder’s brilliant book, “Bloody Foreigners: The Story of Immigration to Britain“, makes clear. The good news is that a national Migration Museum has just opened in south London, although it still lacks a permanent home.

The United States does not deny its long history of immigration; how could it? But while the US identifies as a “nation of immigrants”, its attitudes to newcomers often mirror the hostility seen elsewhere. There is a belief in Trump country that what makes America great is solely people like them, when in fact America’s exceptional economic vibrancy owes a lot to immigrants and their children, who founded an astonishing 42% of Fortune 500 companies.

A new study by Sandra Sequeira of LSE, Nathan Nunn of Harvard and Nancy Qian, reported on Voxeu.org, tries to gauge the longer-term impact of immigration. The US received its biggest wave of immigration between 1860 and 1920. Until then, most migrants had come from western Europe; the newcomers came from northern Europe (Scandinavia), central and eastern Europe (Germany, Poland) and southern Europe (Italy). They spoke languages other than English, were often Catholic not Protestant, and were often received with hostility.

Since immigration tends to generate enduring benefits, the costs of restrictions are even greater than may be immediately apparent. But that doesn’t seem to trouble US President Donald Trump or British Prime Minister Theresa May. Trump’s crackdown on H1-B temporary visas for skilled workers is already spurring tech firms to move operations to Mexico to serve the US market. Preventing Indian software engineers from working in the US is also likely to encourage more outsourcing to firms based in India, points out Swaminathan Aiyar of the Cato Institute. Given that half of Silicon Valley start-ups were co-founded by an immigrant, the longer term cost of tighter immigration controls could be truly catastrophic.

As the Conservative manifesto published this week confirmed, Theresa May plans to end free movement for EU citizens and make it even harder for non-EU citizens to work in Britain. The immediate worry, understandably, is about shortages of people to pick fruit and vegetables, care for the sick and the elderly and teach in universities. But the bigger, longer-term fear is that Britain will kill the golden goose that has made it great: the dynamic openness of a global city like London and all the foreign-born thinkers, researchers and entrepreneurs across the country who help fuel economic growth.

In other news, OPEN co-founder Hosuk Lee-Makiyama responded to the European Commission’s half-term report for its strategy to create an EU digital single market. “Europe must keep its digital markets open to the rest of the world, not fragment the global internet,” he said.