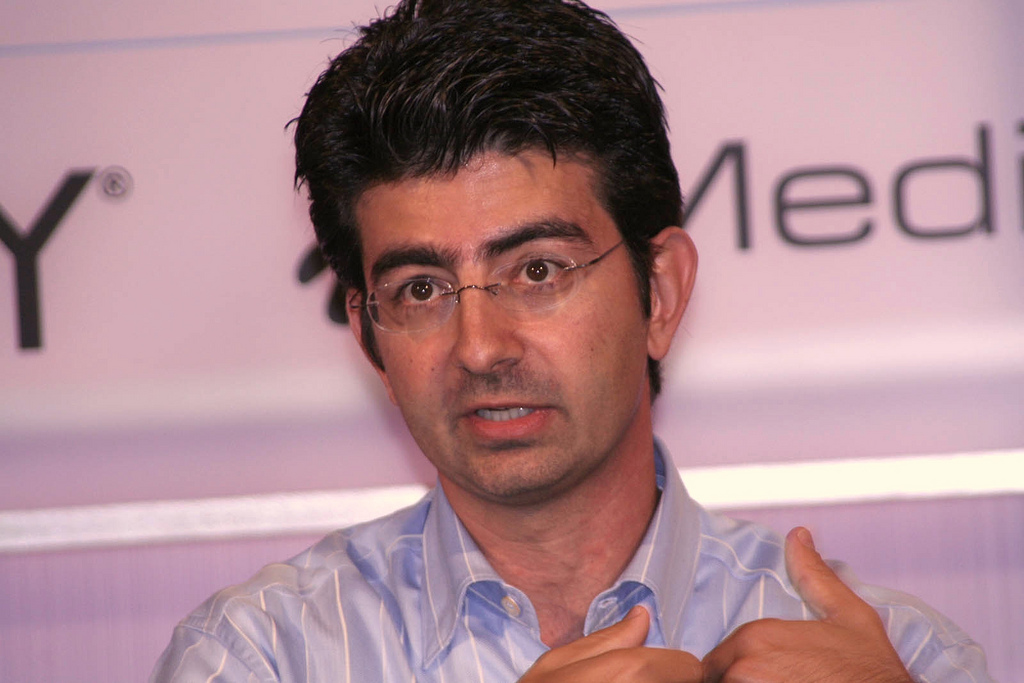 Three in ten Nobel laureates were immigrants. That’s just one example of the vital – and often overlooked – role that migrants play in creating new ideas that make us all better off and in disseminating innovative practices through their entrepreneurial activity.

Middle Eastern immigrants, many of whom were targeted by President Trump’s (suspended) travel ban, play an outsized role in US innovation, according to new research by Sami Mahroum summarised in Project Syndicate. Around a million people of Middle Eastern origin (excluding Israelis) live in the US, where they account for 0.3% of the population. Yet they were involved in 5.1% of patent applications between 2009 and 2013.

People originating from the countries on Trump’s blacklist have also contributed a lot to America as entrepreneurs, as I pointed out in Foreign Policy. eBay was founded by an Iranian-American, Pierre Omidyar (pictured). Its market capitalisation of $36.1 billion dwarfs the value of Trump’s unlisted business holdings, while Omidyar’s self-made $8.2 billion fortune is more than twice as big as Trump’s partly inherited one. Oracle Corp., a software giant worth $162.2 billion, was co-founded by the late Bob Miner, who was also Iranian-American.

Refugees have also made a huge contribution, as our Refugees Work study highlighted. Google co-founder Sergey Brin was a child refugee from the Soviet Union; Google’s parent company, Alphabet, is now America’s second-most valuable firm, with a market capitalisation of $553 billion. WhatsApp co-founder Jan Koum and PayPal co-founder Max Levchin were refugees from Ukraine. The late Andy Grove, who helped start and was later CEO of Intel, fled from communist Hungary.

With Brexit looming, it is worth noting that Britain’s most valuable technology company, ARM Holdings, which designs the chips in most smartphones, was co-founded by a Austrian immigrant; EasyJet, Britain’s most successful low-cost airlines, was founded by a Greek entrepreneur; and one in four tech startups in the UK were founded by EU migrants, who account for only 5% of the UK population.

It’s not just immigrants themselves who make a huge difference; so too do their children. For instance, 33 of the 40 finalists in the 2016 Intel Talent Search, the US’s most prestigious maths and science competition for high school seniors, were the children of immigrants.

Crucially, the self-selected people who have the drive to move aren’t just disproportionately talented, they can see things from different perspectives, and that makes particularly innovative, especially when working with (and complementing) local people. Research on VoxEU highlighted how this has long been true. For example, in the 1940s James Hillier, a Canadian immigrant, developed the first commercially viable electron microscope at Radio Corporation of America alongside Ladislaus Marton, a Belgian inventor, Vladimir Zworykin, a Russian inventor, and US-born engineers.

One final thought: the debate this week between Emmanuel Macron and Marine Le Pen exposed the bankruptcy of the far-right’s politics. Le Pen smeared and slandered, but had nothing positive to propose. Macron put forward a positive agenda for change and celebrated an open society that embraces Europe and the world. No wonder Vladimir Putin’s gangster regime hates him and anonymous hackers have tried to sabotage his campaign by posting campaign emails online, mixed with fake news. France chooses its new president tomorrow and let’s hope it is Macron.