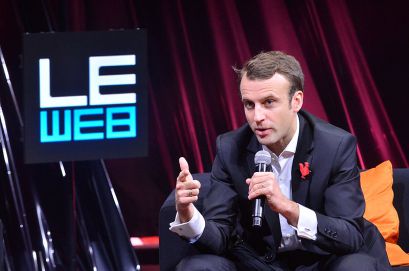 French people vote tomorrow in the first round of presidential elections that could do grave harm to Europe’s open societies – or strengthen them. With polls too close to call, four candidates stand a chance of making it into the run-off on May 7th.

The far-left candidate, Jean-Luc Mélenchon, is ostensibly open towards refugees. But despite his internationalist talk, he is essentially a nationalist, argues Natalie Nougayrède in the Guardian. He is a protectionist and a fan of autocratic strongmen such as the late Hugo Chavez. Nor is Mélenchon as pro-immigrant as he seems. “I’ve never been in favour of freedom of arrival,” he’s said. He’s also accused some foreign workers of “stealing their bread” from French workers.

The conservative candidate, François Fillon, has tried to deflect attention from the personal corruption scandals for which he is being investigated by running a Trump-style populist campaign. His anti-immigrant, anti-Islam stance increasingly echoes that of Marine Le Pen, whom Trump calls “the strongest candidate”. The leader of the far-right, racist National Front  is running on a platform of fear, hate and closure. As an excellent FT analysis of a Science Po paper showed, whatever voters’ income, employment status, education or age, the best predictor of whether they support Le Pen is whether they are pessimistic about the future.

As I argued in my book European Spring, keeping Europe open requires fresh faces putting forward a positive agenda for change. Emmanuel Macron, a 39-year-old former investment banker and economy minister, is an unlikely anti-establishment candidate. But he is leading in the polls with an enthusiastically pro-openness platform. Writing in French, Nicolas Tenzer explains why Macron embodies the values of the open society. He is also the only one of the four leading candidates who is not pro-Putin. The Economist has endorsed him, and so does OPEN. If Macron does win, though, he will actually have to deliver the change he is promising, or Le Pen is likely to emerge even stronger.

This week Theresa May also called a snap election in the UK. In my column for Project Syndicate, I analyse what May’s expected victory could mean for the Brexit negotiations. Contrary to what she claims, a big majority wouldn’t strengthen her negotiating stance vis-a-vis the EU; if anything it would weaken it.

Many university-educated people (and the businesses that employ them) assume that tougher immigration controls will mainly hit less-skilled workers. But they shouldn’t be so complacent. This week President Trump ordered a review of the rules for H-1B skilled-worker visas, with a view to tightening them, while the Australian government is scrapping “457 visas” for short-term skilled-workers – “to put Australians first”. There is also much to fear from a likely tightening of the UK’s post-Brexit immigration rules. May this week confirmed that she plans to keep her absurd net migration target, a tried-and-tested failure.

On a positive note, the Premier League and the rest of English football are this weekend celebrating the contribution of refugees, 80 years after the British government decided to admit Spaniards fleeing the civil war following the barbaric bombing of Guernica. Refugees currently playing for English clubs include Liverpool defender Dejan Lovren and Stoke City striker Saido Berahino.

If you read anything particularly good that is relevant to OPEN’s work, please let us know by emailing info@opennetwork.net. And if you have something interesting and relevant to say and would like to write for our blog, please get in touch too.