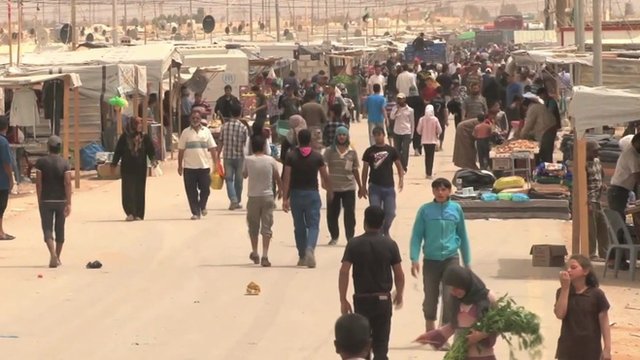 Our Refugees Work study highlighted how refugees in advanced economies often become entrepreneurs. Think of Google co-founder Sergey Brin, hedge-fund manager and philanthropist George Soros and Asian business magnate Li Ka-Shing. But what of those who remain trapped in refugee camps in developing countries? While they have far fewer opportunities, some manage to overcome huge obstacles to start successful businesses and social enterprises.

In a new blog post for OPEN, Jackie Edwards highlights how refugee entrepreneurs are making a difference in African camps. Starting with a $50 loan and some free space donated by a church, Karrus Hayes created a school for refugee children in Budubaram camp in Ghana. But Hayes, himself a refugee from Liberia, didn’t stop there. He has built a much bigger non-profit organisation called Vision Awake Africa For Development that builds schools in refugee camps, as well as back in Liberia, as well as offering community college and micro-finance services to other refugee social entrepreneurs.

Jordan (population: 8 million) is now home to some 700,000 Syrian refugees. At the Za’atari refugee camp, the largest in the Middle East, Syrian entrepreneurs have started more than 3,000 small businesses. Although refugees do not have the legal right to work in Jordan, entrepreneurship is tolerated within the camp; the main market street is known as the ‘Shams-Élysées’ – a play on words that references the renowned Parisian street and the historic name for Syria, ‘Sham. There you can find stalls selling bicycles, falafel, bread, household appliances, furniture and more. There is even a pizza-delivery service, UNHCR reports. Alexander Betts, Louise Bloom and Nina Weaver highlight other examples of refugee creativity in a report for Oxford University’s Refugee Studies Centre.

Betts, the head of that centre, is a brilliant and highly respected academic. So too, in development circles, is Paul Collier, another Oxford economist. But Collier is also the author of an ill-informed anti-immigrant tract, Exodus, which was rightly panned by Michael Clemens and others. Collier argues that since immigrants are unwanted in Europe, bring their “inferior” culture with them and deprive their home country of labour and talent, tightly restricting migration is an act of “compassion” – a bogus argument that was leapt on by anti-immigrant voices in the West. Now Betts and Collier have teamed up to write a new book, Refuge, in which they argue that rather than move to Europe, refugees ought to be allowed to work in “special economic zones” in nearby countries. They even persuaded the EU to offer Jordan $2 billion in aid to create jobs for Syrian refugees in such a zone.

Rich countries certainly ought to do more to help refugees in developing countries, not least by boosting funding for UNHCR. It is also a good thing that refugees in Jordan be allowed to work. But they shouldn’t be trapped in zones that are none too special; as this review by Heaven Crawley points out, the EU scheme hasn’t created many jobs so far. Above all, rich-country aid ought to be a complement to, not a substitute for, providing humanitarian protection and economic opportunities in rich countries, which take only a sixth of the world’s refugees.