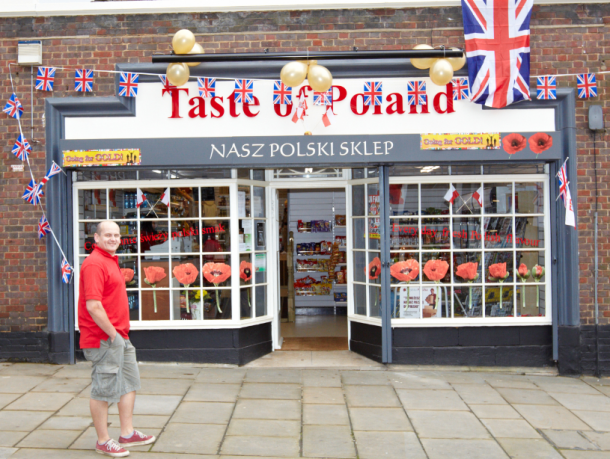 The surest way to cut immigration is to crash the economy – and Brexiting Britain is leading the way. Official figures released this week confirmed that growth slowed to a mere 0.2% in the first three months of the year, while net migration – arrivals minus departures – fell by a quarter to 248,000 in 2016.

With the pound worth much less and inflation outpacing wages, Britain is a less attractive place to work. And with the right of EU citizens to stay in Britain after Brexit still unclear, and a mood of increasing nationalism and xenophobia in politics and the press, it is hardly surprising that more EU citizens left the country and fewer arrived.

Since Britain relies on EU citizens to do vital jobs – not least in the National Health Service and in social care – the fact that many Poles are leaving is hardly something to celebrate. Yet Amber Rudd, the minister with overarching responsibility for immigration, celebrated the news. The government wants to get net migration down to the “tens of thousands”.

Slashing immigration would do huge economic damage. A cross-country study by Florence Jaumotte and other researchers at the IMF finds that a 1% increase in the share of migrants in the population raises GDP per capita (average incomes) by 2% in the long run; both low-skilled and high-skilled migrants boost productivity. Conversely, reduced immigration lowers average incomes.

Using that finding, Jonathan Portes, a former top economic adviser to the UK government now at King’s College London, has calculated the possible impact of Brexit on Britons’ living standards. If Brexit reverses half of the increase in UK immigration since 2004 – when Poland and seven other east European countries joined the EU and citizens from those countries were allowed to come work in Britain freely – average incomes could fall by 3.4% by 2030; if Brexit completely reverses that increase, Britons could end up 5.4% worse off.

In a similar vein, a new study published this week by the Centre for Economic and Business Research calculates that rapidly reducing UK net migration to below 100,000 a year would lower GDP per capita by up to 2.7% by 2030. Of course, these are just estimates, but they give an idea of how much is at stake.

The Office for Budget Responsibility, the independent official body that advises the UK government on fiscal matters, points out that lower immigration and the resulting lower growth will also blow a hole in Britain’s public finances. Yet fatuously, Defence Secretary Michael Fallon asserts that “We’ve not costed it [reaching the net migration target] because we don’t know specifically what year we’re going to reach that point of reducing to exactly tens of thousands. It isn’t going to cost billions of pounds.” Actually, it will. Many, many, many billions.

Governments rarely set out to make citizens poorer – yet that is precisely what the British government is doing. And with Trump’s America, Turnbull’s Australia and many countries in Europe also turning nativist, it is an unfortunate example that others seem intent on copying.