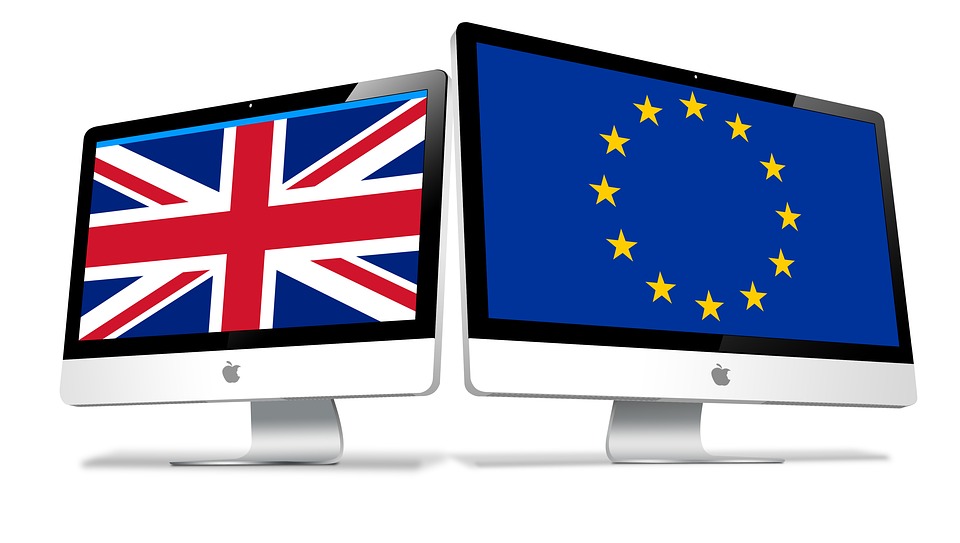 “Sufficient progress” has been made on the terms of the UK’s orderly withdrawal from the EU to move on to discussing the framework of their future relationship next year. That is the European Commission’s recommendation to EU leaders who meet at the European Council on 14-15 December. Barring unforeseen hitches, that means negotiations can soon move on to discussing the post-Brexit transition period that the UK has requested and the outline of their future trading relationship.

That is a big, welcome step forward. The chances of a chaotic no-deal Brexit are much lower now that the UK has capitulated to pretty much all of the EU’s initial demands on citizens’ rights, the financial settlement and the Irish border.

At the same time, the possibility that Brexit might not happen is now even slimmer, since a smooth Brexit with a transition period would postpone most of the economic costs until after the UK has left and thus minimise the chances of a big swing in public opinion against Brexit beforehand. In that sense, today is a victory for Brexiteers.

But as European Council President Donald Tusk rightly warned, 2018 is going to be even more challenging for the UK. Brexiteers continue to believe that they can have their cake and eat it, notably by “taking back control” over EU regulation while still enjoying privileged access to the EU single market, notably in services. When the penny finally drops that this is a delusion, the threat of crashing out of the EU without a deal may yet be revived.

Indeed, a note of caution is needed: the UK-EU joint report is a strong political commitment, but is not legally binding. As it states right at the top, nothing is agreed until everything is agreed. While it is now much less likely that the UK will crash out of the EU without a deal, if it did it wouldn’t be legally bound by anything that was agreed yesterday.

Since the Brexit vote, EU migrants in the UK and UK ones in the EU have been worried about whether they will be able to stay, and on what terms. Today’s deal is a big improvement on the UK’s initial offer, though still a step backward from current free movement.

The UK Home Office is a notoriously nasty and incompetent bureaucracy, as many people who have had to deal with its immigration authorities can testify. Its default position is suspicion and hostility to anyone who has the temerity to want to contribute their hard work and taxes to Britain. It sees its job as keeping foreigners out, not making it easy for them to move to the UK and stay.

So it is a big relief that the process for applying for post-Brexit residency must be “transparent, smooth and streamlined”, with safeguards to ensure it is fair and legal redress to contest any adverse decisions. Family members will be continue to be able to join EU residents in the UK after Brexit. And UK courts will have “due regard” to European Court of Justice (ECJ) decisions on citizens rights, with a mechanism created to allow UK courts to ask the ECJ to interpret EU citizens’ rights for 8 years after the UK leaves.

The Home Office can carry out “systematic criminality and security checks” on all applicants, although only in “exceptional circumstances” will residency be denied, and decisions can be appealed at the ECJ. It will be important to monitor that the Home Office isn’t trying to deport people who have committed minor offences. Britons in the EU, for whom the UK government didn’t fight, will have the right to stay in the country in which they are resident, but will lose their free-movement rights across the rest of the EU.

On the financial settlement, the UK has accepted the basis for the EU’s calculations of how much it owes. Until the end of 2020, when the current 7-year EU budget ends, the UK will continue to pay into the EU budget “as if” it remained a member of the EU. It will also contribute its share of outstanding budget commitments at the end of 2020. And it will take on its share of the EU’s financial liabilities when they come due – to pay for EU officials’ pensions, for instance. The total bill could add up to as much as €60 billion, much of it spread over many years.

On the toughest nut to crack, the need to avoid a hard border between Northern Ireland and the Republic of Ireland, the issue has been fudged. The UK government has made commitments to the Irish government and to the Democratic Unionist Party (DUP) in Northern Ireland that are inconsistent with its current plans to leave the EU single market and customs union (restated in para 45). But how this inconsistency is dealt with has, in effect, been postponed until a later date. In practical terms, if the UK remains in the single market and customs union in a transition period for two years after it leaves the EU, no facts on the ground need to be established until 2021.

The basic issue is that once the UK leaves the single market and customs union, there will need to be border controls for three reasons:

Note that 2. would apply even if all tariffs between the UK and the EU remained zero, since there would need to be rules-of-origin checks to determine whether enough of the value of a good originated in the UK to qualify for the zero tariff.

The deal leaves open how this might be achieved. The UK says it hopes to avoid a North-South border “through the overall EU-UK relationship” (para 49). That would be possible if the UK decided to stay in the single market and customs union after all, and a solution was found for VAT.

“Should this not be possible, the United Kingdom will propose specific solutions to address the unique circumstances of the island of Ireland.” This could involve the use of technology to minimise border checks, but it certainly couldn’t avoid any checks at all. How else to limit smuggling for instance?

“In the absence of agreed solutions, the United Kingdom will maintain full alignment with those rules of the Internal Market and the Customs Union which, now or in the future, support North-South cooperation, the all-island economy and the protection of the 1998 Agreement.” That would be possible if Northern Ireland obtained a special status that, in effect, kept it in the single market and customs union.

But the following paragraph seems to rule that out, unless the Northern Ireland Executive and Authority (including the DUP) agrees to it:

How will this all be resolved? Who knows. The fudge has postponed that decision to a later date.

The bigger issue, moving forward, is that the UK still hasn’t decided – indeed, the cabinet hasn’t even formally discussed – what kind of future relationship with the EU it wants. Indeed, it continues to want to have its cake and eat it: to have the scope to set different regulations to the EU’s outside the single market and yet to continue to enjoy privileged access to the single market, notably for the services exports in which the UK specialises.

But as I explained in CapX:

While Prime Minister Theresa May still hopes for a “deep and special partnership”, the EU is not going to offer the UK better access to its services markets, notably financial ones, than it does Canada. Regulatory divergence has a cost. As the government’s recent capitulation to the EU’s exit-deal demands has highlighted, the UK has very little leverage; it must accept a deal more or less on the EU’s terms or none at all.

Even if the EU were minded to cut the UK a sweetheart deal, its agreement with Canada stipulates that any concessions on services would need to be offered to Canada too. That isn’t going to happen; the Canadian deal, which was almost scuppered by the regional parliament of Wallonia, was scarcely ratified as it is.

The trade-off, then, is stark: if the UK wants its regulations and standards to diverge from those of the EU, it will inevitably suffer a big loss of exports, especially in services, to its main trading partner. To have any hope of offsetting those losses, the benefits from deregulation and new trade deals with the rest of the world need to be very large indeed.

Worse, the UK government is embarking on an independent trade policy on the basis of shoddy advice from a charlatan who claims “unparalleled expertise” in economics and trade policy, yet engages in magical thinking, as I explain further in my CapX piece.

There will still be plenty of turbulence ahead.